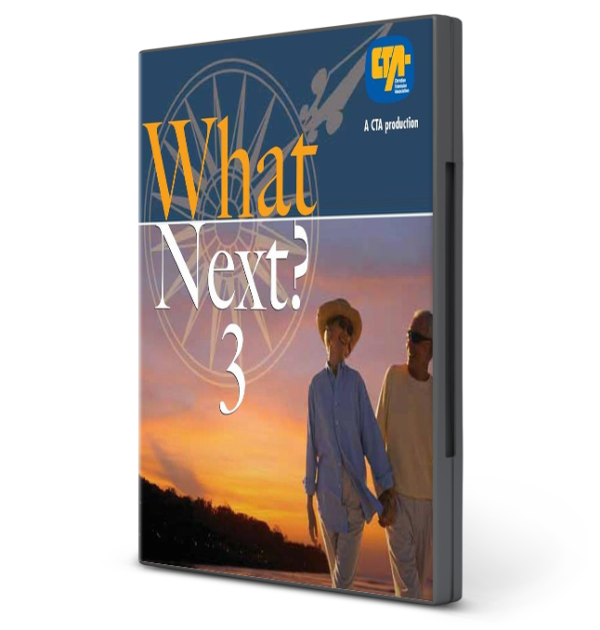 What Next? …Adventures in Retirement 3

Three contrasting stories are featured in this edition of “What Next?”on the themes of: Continuation, Restoration and God’s Surprises.

Ron Jones was founder and pastor of a large Pentecostal Church in Bristol for many years. Now in his 90’s his pastoral gifts are still being used in the retirement home where he now lives. But now, with his beloved wife Kath no longer by his side, he has had to learn to live on his own.

Eamon Curran is a modern day prodical. Having spent all his middle years in a life of drink, drugs and failed marriages, he has found the Saviour he accepted as a young man has welcomed him back with love and forgiveness. He has discovered that it’s never too late to come back to God.

Mabel Ingram, 88, visited her doctor feeling unwell. Tests and a scan revealed the presence of cancer in her liver. Her doctor gave her just a few months to live. But when she began to feel well, further tests showed the signs of cancer had all but disappeared. It was her doctor who suggested it could be a miracle.

Be the first to review “What Next? …Adventures in Retirement 3” Cancel reply