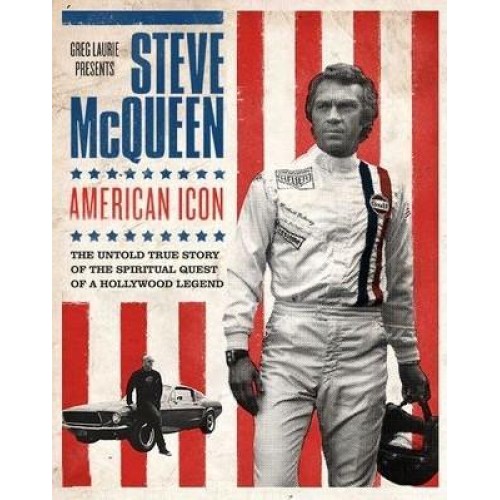 Steve McQueen truly is an American Icon. One of America’s most endearing and intriguing movie stars, he “is still the King of Cool” according to Esquire Magazine – 50 years after the zenith of his career! The coolest thing about him, however, is barely known, despite countless biographies and articles. Steve McQueen was a believer in Jesus Christ. On the surface McQueen had everything he could want – fame, cars, homes, more money than he could spend in a lifetime. An avid fan of the actor (and owner of a replica of McQueen’s car in the classic film Bullitt), Pastor Greg Laurie hits the road in his mint Mustang, travelling the country in search of the true, untold story of McQueen’s redemption-filled final chapters. Narrated by Gary Sinise, interviews include: Barbara Minty McQueen, his widow, Academy Award®-winning director Mel Gibson, Renown stuntman Stan Barrett, Celebrated McQueen biographer Marshall Terrill, Actors Barbara Leigh and Mel Novak