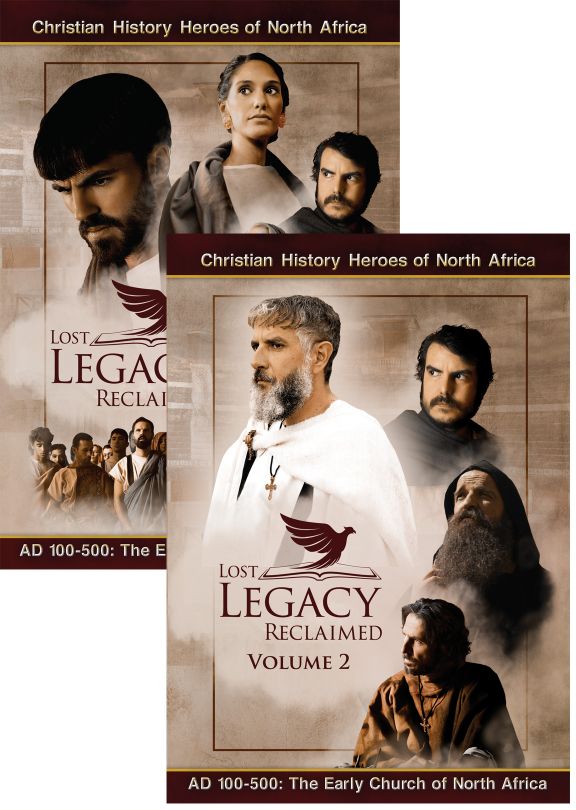 Lost Legacy Reclaimed Volume 2 is a docudrama series about the early Christian Church in North Africa, its great leaders, teachers, and martyrs.

Meet these faithful Christians from the first five centuries of church history who set a high standard for future generations by sacrificing for Jesus Christ during intense persecution from the Roman Empire and others. All of these stories take place in North Africa, then a part of the Roman Empire and today a region dominated by Islamic culture. Lost Legacy Reclaimed reveals the existence of a vibrant Christian community that predates the arrival of Islam.