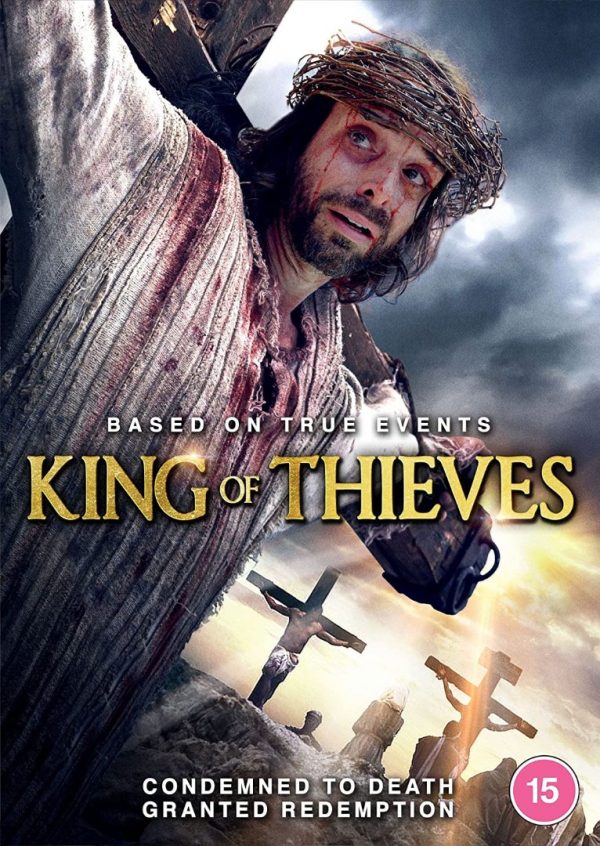 King of Thieves tells the epic story of the two unnamed men who were crucified alongside Jesus and how they came to be there. Their journey to the cross will see them taken in by a gang of thieves and attempting to survive a ruthless Roman centurion who threatens to unleash a terrible revenge on them. But there is no escape from their fate and the brutal end that awaits them on Golgotha.

Injury detail: There is brief close-up of a man’s heavily cut and bloodstained back after he has been flogged. There is also sight of bloodstained crucified men.

Violence: A woman is stabbed, accompanied by a brief blood spurt, and a man is whipped, accompanied by deep cuts to his back. There is also a scene in which a nail is driven into a man’s hand prior to his crucifixion. Fight scenes include beatings and stabbings; however, there is limited detail.

There are also scenes of threat.

Be the first to review “King of Thieves” Cancel reply