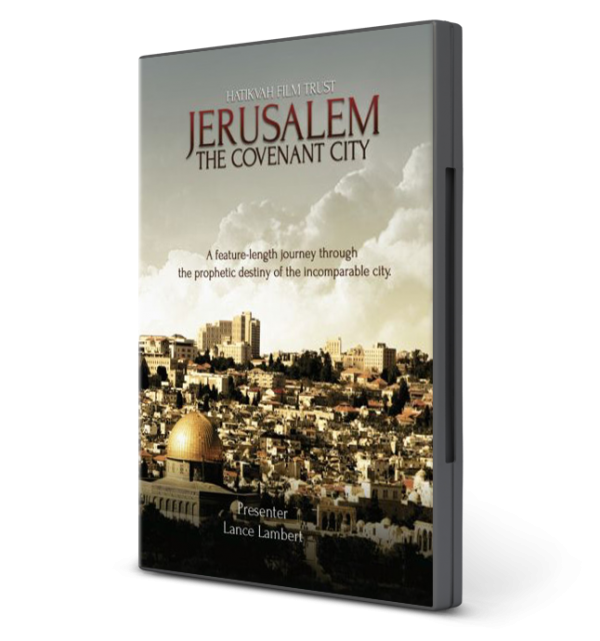 This is the word of the Lord concerning Israel. “I am going to make Jerusalem a cup that sends all the surrounding peoples reeling.” (Zechariah 12:1,2)

The film is divided into two parts for viewer convenience. Part 1 contains a broad sweep of Jerusalem’s history, while Part 2 examines the present and future destiny of the Holy City. Each DVD contains both parts. The total running time is just under two hours.

Be the first to review “Jerusalem, the Covenant City” Cancel reply