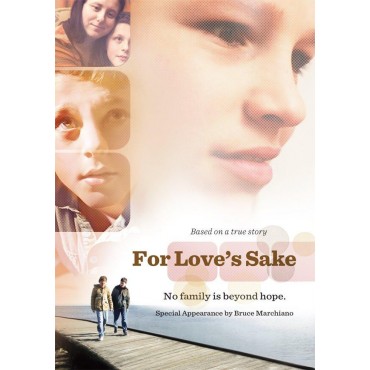 For Love’s Sake is a British evangelical film drama and winner of the Best British Film at the UK Christian Film Festival 2013. Set in Cheshire in the early 1980s, For Love’s Sake tells the story of the Walker family. Days before Christmas, Peter Walker, is killed in a road traffic accident. His wife Mary, already emotionally fragile, falls into the depths of suicidal depression. As a result she loses custody of her two young boys, Paul and James. The boys are further traumatised as they are taken under the care of the local county council and placed in a series of children’s homes and in a temporary foster placement with their grandparents. While James clings desperately to his Christian faith and the hope of being reunited with his mother, Paul grows increasingly despondent. Through the intervention of her church community, a dedicated social worker and a caring Christian therapist, Mary uncovers a flicker of faith, still burning beneath the darkness. As she heals emotionally, hope returns, along with the strength to fight a sceptical bureaucracy for custody of her children. For Love’s Sake offers an honest and emotional glimpse inside a broken family.

Be the first to review “For Love’s Sake” Cancel reply