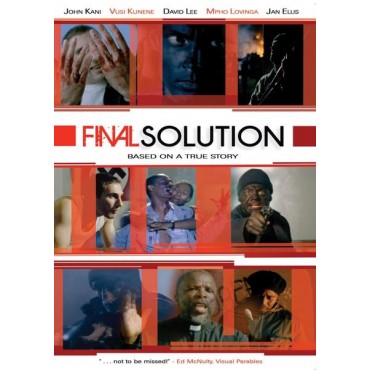 This tale of racism and redemption is probably the most powerful Christian movie in a long time. Set during the turbulent times of Apartheid in South Africa, Gerrit Wolfaardt has been indoctrinated from his family traditions, culture and even his church. He has been taught that black South Africans are a cancer. Gerrit, under the watchful eye of key political and military individuals develops a diabolical plan to rid South Africa of its black danger. before his plans can be carried out he meets two people who put him an a collision course with his destiny. A university student he falls in love with, a black pastor who challenges his prejudice and his own conscience. Featuring some of Africa’s top actors.

Based on a true story, this remarkable film features international cast, including Tony Award winner, John Kani. Not suitable for younger children.

Be the first to review “Final Solution” Cancel reply