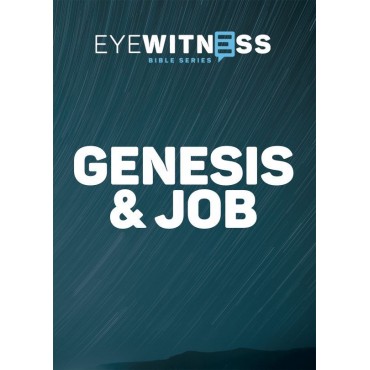 The Eyewitness Bible Series is a fascinating behind-the-scenes study of the people and stories that are bedrock to the Christian faith, ancient stories that still echo with deep signficance for today’s world through eyewitness accounts. The series of narrations are an exploration of Scripture to empower your faith.

Genesis describes the creation of Earth, gives the history of all mankind, and describes a brief history of the Israelite nation from its beginning until it moves to Egypt. All of Genesis is saturated with knowledge about God, his power, and his relationship with mankind.

Job is a story of an ancient man, his struggles, and his dealings with God. Although nothing is absolutely clear concerning the time period of his life, it seems as if Job lived in the time before the Israelite nation existed.

Be the first to review “EYEWITNESS: Genesis & Job” Cancel reply