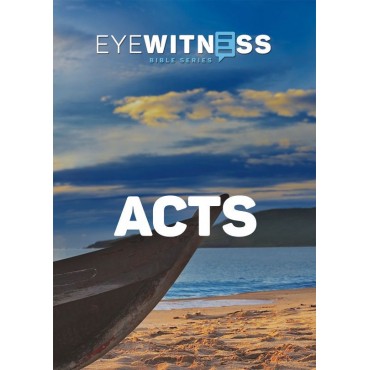 The Eyewitness Bible Series is a fascinating behind-the-scenes study of the people and stories that are bedrock to the Christian faith, ancient stories that still echo with deep signficance for today’s world through eyewitness accounts. The series of narrations are an exploration of Scripture to empower your faith. Acts is a history of the first three decades of the Church. It is the only existing history of the Church that was written in the first century. Although the Bible does not specify it, Church tradition and many scholars agree that Luke wrote both Luke and Acts. A purpose of the Acts Series is to tell some of the information of the book of Acts from different vantage points.

The series illustrates the stories that Luke might have heard from a dozen of the characters featured in his book of Acts. It is presented in 18 segments.

Be the first to review “EYEWITNESS: ACTS” Cancel reply