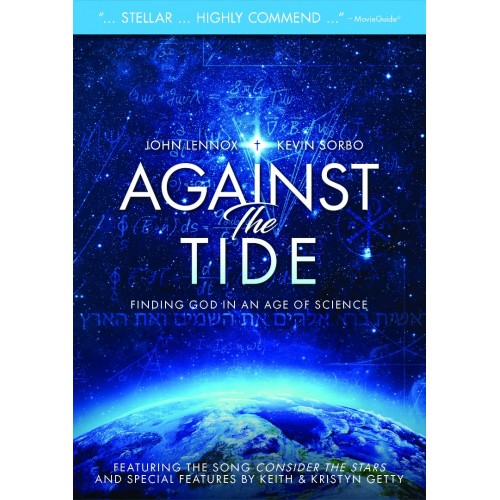 Against the Tide is a travelogue, an examination of modern science, an excursion into history, an autobiography, and more. But at heart, it is the story of one man’s daring stand against the tide of contemporary atheism and its drive to relegate belief in God to society’s catalogue of dead ideas.

Sitting in the warmth of the Eagle and Child pub, where C.S. Lewis and J.R.R. Tolkien once gathered, Kevin Sorbo and Prof. Lennox begin a journey to discover how the Christian faith stands against atheism. As the conversation continues through the university hallways of Oxford and Cambridge, Lennox opens his faith to examination, discussing the intersection of science and Christianity. Prof. Lennox examines the consequences of an atheistic worldview, as he recounts his travels in Soviet Europe. He brings this experience to his debates with prominent atheists, including Christopher Hitchens and Richard Dawkins.

As Kevin Sorbo and Prof. Lennox walk where Jesus taught – from the top of Mount Precipice to the Sea of Galilee – they dive deeper into the story of Christianity. Standing at the Garden Tomb in Jerusalem, they reach the crux of their conversation: do science and history refute the Bible?

Be the first to review “Against the Tide” Cancel reply